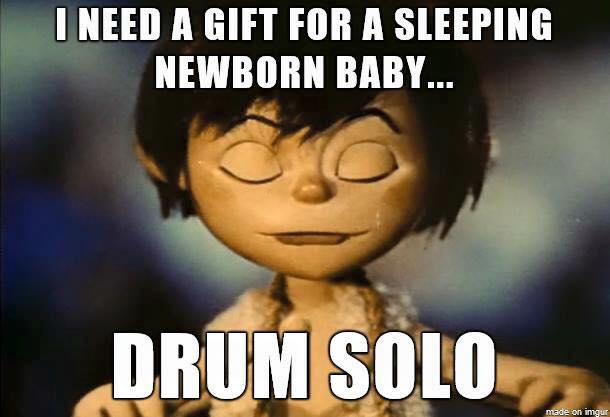 Awhile back I mentioned about making another solo album, but not much has been officially said about it since then. I’m sitting here now listening to the playback of nine pieces totaling over an hour of new material. I’ve been chipping away at drum set and percussion recordings over the past two years for this, and it’s really coming together nicely. I’ve also been fortunate enough to work with some different kinds of instruments on this album, most notably the Hang (similar to an inverted steel drum played with your hands). It has a very enchanting and recognizable sound, and really helps to lock in some of the compositions and bridge the gap between the melodic and percussive sounds on this album. I’ve also been working a lot with gongs if you couldn’t tell by now; using different types of mallets/brushes on them, and bringing out their percussive and melodic natures as well. I’ll say this: for a percussion-centric album, it’s extremely diverse!

This album is the next evolution in my musical journey. In my opinion, the compositions are better, the recording quality has greatly improved, and the performance is at a new level compared to anything I’ve done before. There’s a new level of groove on these tracks, which makes them easier to “get into.” A lot of these pieces are very challenging and fun to play. I also don’t think I “overplayed” on any of it, yet there are still some pretty intense/in-your-face moments. The use of contrast is huge, to enhance the musicality of the pieces. There is also no shortage of complex harmonies, rhythms, and lengthy compositions. It has a very earthy, organic feel as with most of my music, due to instrument choice and overall sonic qualities, but like I said before, it gets intense at times – believe that! It’s not metal, it’s not “tribal”, and it’s not like anything I’ve done before. It should really be a fun experience and will make you want to turn it up and really feel it!

In short: recording the Marimba, Vibraphone, Violins and Cello (maybe a little guitar & piano as well??). There has been a lot of recording and re-recording that went on throughout the writing and recording stages. I got a hold of a better cajon for one track, so I completely redid it with that one. Shaker track not sitting 100%? Throw it on the list and redo that sucker! It’s been great having a laid-back recording schedule so I can really focus on the pieces and try things out/experiment in the studio. I’ve been mixing as I go along, so while nothing is 100% “finished” and “ready to share” at this point, there is a light at the end of the tunnel for all of the nine pieces, some closer than others. The final mixing will be done when everything has been recorded and no more redo’s are in store. Then it’s off to mastering and then out to you all! It’s just that simple (I wish). That being said, I am extremely proud of how everything so far is sounding, especially the drum set. Great tones all around!

However, there is no album name yet, no track names to share, nor an album cover at this point. How am I supposed to put names to instrumental pieces? Inside jokes about the tracks maybe? We’ll see soon enough! Also, another thing that will be different from my previous albums: I plan on doing a bit of marketing with this and hopefully making a video or two for it and playing some shows to support the album release with the help of some incredibly talented friends of mine! I had originally set a goal of the end of 2015 to release this album, but that’s not looking too likely right now – maybe summer 2016 if you’re good. I am looking forward to sharing these tracks THE ABSOLUTE SECOND they’re ready.

2 comments on “Merry Album Update, Everyone!”