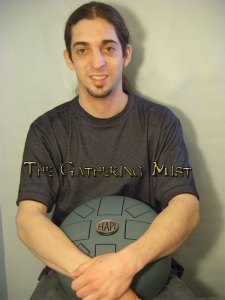 I am officially wrapping up The Gathering Mist project at this point.

To explain a bit of background on this project, it was all written consecutively over about two and a half years, from the summer of 2008 when I first had the idea for the project until the release of the 2nd full length album, “Reservoir,” on Tuesday, December 14th, 2010. It was a LOT of fun to see my ideas come to life in the form of those pieces of music, and while yes they could always be improved upon, I’m proud of what I accomplished with them. My technique on a lot of instruments was pushed in order to play those parts, and a lot of new ground was explored compositionally for me as well, not to mention all of the practical audio engineering experience!

I think of The Gathering Mist’s music as one continuous thought across both albums, since I wrote it all consecutively. Because of this, I plan to remove both of my albums from iTunes, CDBaby, Amazon, etc and then combine them into one double album simply named, “The Gathering Mist.” Most likely available as a download only, it will feature all 33 original compositions across both albums currently available. I’ve received a lot of positive feedback and recognition from the music, so I want to keep it in rotation and see what happens.

From here on out, any new material that I write will be under a different name. What name, I have no idea right now. But everything I’ve written over the past year and a half since releasing “Reservoir” has had a slightly different sound thanks to new influences, new instruments, new equipment, and a few personal changes in my life (for the better) – just everything moving forward and progressing to the next step. Expect BIG things from my next album, there is a lot of interest in it already! Some very exciting well-known guest artists are in the works, and the music is so intense with such a great groove!

Exciting things are brewing, and I’ll be sure to keep you all updated the entire way! As of right now my main focus is a project called Illusionarium with my very talented girlfriend, Jen Mitlas. She always impresses the hell out of me with everything she writes, and its a privilege and an honor (and a lot of fun!) to make a concept album like this with her!

Again, thank you for your continued interest and support of the music that I thoroughly enjoy making and sharing with you all.

Check out Jen’s announcement of Illusionarium for some awesome new music from us!

One comment on “The Future of The Gathering Mist”